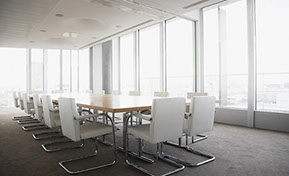 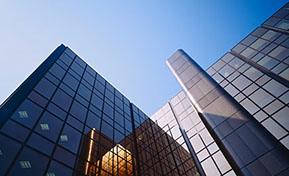 The Sehgal Group (TSG) was officially established in 1971. But in fact, its history goes back further. It all began when Dharial Lah Sehgal, the patriarch of the Seghal family, came to Thailand in the 1930s from Gujranwala, a town in British India (before the partition of India and Pakistan). Dharial, a trader by profession, initially set-up a textile store in Bangkok with his brother, but things did not work out. Thus, the brothers decided to move to Ubon Ratchathani, a province in Northeastern Thailand, and open a textile shop called “Rak Thai,” which became a success. All the Sehgal siblings grew up in Ubon.

Sometimes in the 1960s, Dharial’s son, Satish Sehgal, started selling encyclopedias as a door-to-door salesman. It was not an easy job, but Satish persisted and gained the necessary acumen in the sales field. Eventually he got a job as sales representative with Bangkok Post. With his excellent English language abilities, not to mention his friendly, charismatic personality, Satish made lots of friends not only in the company but also around the country. Satish’s brother, Ravi, soon joined him at Bangkok Post — also as a sales representative -- and both gained the necessary skills, knowledge, abilities, and experience in the publishing trade.

Advertising & Media Consultants
In the 1970s, the brothers received an offer to buy a one-and a-half year-old struggling magazine called, “Lookeast.” The brothers grabbed the opportunity and started Lookeast, as we know it today. At the time, no magazine was yet targeting tourists as readers. The brothers set up a company – Advertising & Media Consultant Co., Ltd (AMC) — to create a fairly decent magazine that assured millions of visitors to visit Thailand.  Satish and Ravi rebranded Lookeast and created a new, exciting magazine that targets tourists to Thailand.

Thus, in the late 70s, when tourism in Thailand started to boom and the pioneering Lookeast (LE) became very much a part of it. With a strategy of “controlled circulation” LE came to be seen in the rooms and other areas of the hotel, restaurants, and bars –and it has been growing its distribution network ever since. Today LE has a strong presence both in print and online.

In 1976, AMC launched another publication: the Thailand Airline Timetable (TAT).  From inception, TAT became a valued companion of air travelers, with its reliable schedules and flight details.

Exclusive Properties
Also at about the same time, 20 years ago, TSG has unveiled a property company called Exclusive Properties (EP). As the family has a teak tree plantation in Kanchanaburi and a stud farm in Pakchong, the Sehgal’s have enough interests in the agriculture and property sector that made EP significant, if not a necessity.

Global Gourmet Systems
It was just a matter of time that TSG forayed into the restaurant business.  Soon, Global Gourmet Systems Co., Ltd. (GGS), another company owned by the Sehgal family, opened Indus Contemporary Indian Restaurant under the TSG umbrella. Indus was a dream come true for Sid Sehgal, the current CEO of TSG. As a student at the New York University, Sid used to organize event at bars in New York, and soon became enamored with the hospitality business. He began formulating plans for his own restaurant while in New York, and immediately had the foresight to see the exciting F&B opportunities. When Indus opened in Dec. 1, 2005, it became the first innovative contemporary Indian restaurant in Bangkok. The restaurant boasts a well-manicured garden, capricious bar, and elegantly appointed dining room. Through the years, Indus proved that it is an Indian restaurant to reckon with winning various culinary awards for both its ambiance and its food.

Other Companies and Interests
Another opportunity opened for TSG after Indus became stable as a business. TSG also brought Lookeast Services Co., Ltd (LES) and Direct Representations Co. Ltd. (DR) into its umbrella, as the Thailand representative of the LUXE guides. TSG also published Weddings and Celebration, a destination wedding focused publication geared towards the Indian market. In 2014, TSG – through Lookeast – became a partner of Jetsetter, the official in-flight magazine of the JetAsia.

In 2014,the group became the official franchisee of the international salad bar chain, Dressed, under the company, Food Intellect (Thailand) Co., Ltd. (FIT).  Dressed as an instant success. From the first Dressed branch at the ground floor Mercuryville in Ploenchit, the business expanded quickly and now has three branches all over the capital, one at Siam Paragon (Siam Square) and another at The Empire Tower (Sathorn). Plans for further expansion are afoot.